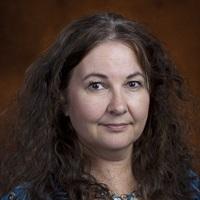 Close
Ingrid grew up in Redondo Beach, Calif., with a family of nine. She attended the University of California Santa Barbara, where she met her husband Rick, who also works at UI in the history department. We moved to Moscow in 1986. Ingrid taught at Moscow Junior High from 1988 until 2011, working in the English/Language Arts department, primarily teaching English and Drama. During that time, she also was committed to working with NEA/IEA/MEA to strengthen the teaching profession. She served as Moscow School District¹s Lead Peer Mentor for several years.