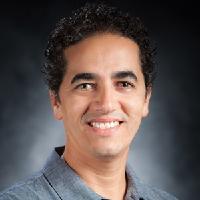 Zouheir Rezki has been an assistant professor in the Electrical and Computer Engineering Department at University of Idaho since August 2016. Prior to this appointment, Rezki was a senior research scientist in the Computer, Electrical and Mathematical Sciences and Engineering Division at King Abdullah University of Science and Technology (KAUST). Before joining KAUST in 2009, Rezki was a postdoctoral research fellow at University of British Columbia. During this time, Rezki received the prestigious Postdoctoral Research Fellowship Grant: CA 30 K from the “Fonds Québecois de la recherché sur la nature et les technologies”, for research on Cognitive Radio Networks. While Rezki finished his doctorate in 2008, he worked as a research professional with Laboratory for Communication and Micro-Electronic Integration (LACIME), in Montreal.

His current research covers a wide range of topics in wireless communications and networking including security of data networks, energy-efficient communications, networking Infrastructures, performance limits of communications at low power regime and low complexity detection algorithms in cellular networks. In 2013, Rezki was elevated to the rank of Senior Member of IEEE. In 2014, Rezki was appointed Editor of IEEE Wireless Communications Letters.

In 1994, Rezki obtained the State Engineering Degree from École Nationale de l’Industrie Minérale (ENIM),Rabat, Morocco. In 2003, he received his master's with the highest distinction from École de Technologie Supérieure in Montreal. In 2008, he received his doctorate from Polytechnique Montreal where his thesis was nominated for “Best Thesis of the Year”.