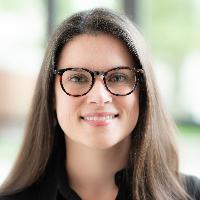 Tara MacDonald joined the English Department at the University of Idaho in 2015 after teaching at the University of Amsterdam for five years. Her work focuses on nineteenth-century literature, gender and emotion. Her book, "The New Man, Masculinity and Marriage in the Victorian Novel" (Pickering and Chatto, 2015), explores literary representations of the New Man, the male counterpart to the feminist New Woman. She argues that the New Man, though derided in the fin de siècle popular press, was imagined as a utopian figure by many New Women writers who saw him as a model of gentle, caring masculinity.

Her more recent work focuses on depictions of reading, writing and feeling in Victorian sensation fiction. She co-edited, with Dr. Anne-Marie Beller, "Rediscovering Victorian Women Sensation Writers" (Routledge, 2014) and is the reviews editor for the Wilkie Collins Journal. She also works on neo-Victorian literature and has co-edited a special issue of Neo-Victorian Studies on feminism. She is the co-founder (with Kristine Johanson) of the research group Emotion and Subjectivity (1300-1900), based at the University of Amsterdam and is co-organizing the 2016 International Conference on Narrative in Amsterdam.