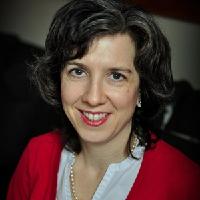 Lynette Pfund, soprano, a native of Houma, Louisiana, holds degrees from Loyola University in New Orleans and the Manhattan School of Music. She has appeared in a wide variety of operatic roles including Drusilla in Monteverdi’s “L’incoronazione di Poppea,” Frasquita in Bizet’s “Carmen,” Pamina in Mozart’s “Die Zauberflöte” and Karolina in Smetana’s “Two Widows,” in which she was described by the New York Times as “the singer with the easiest stage manner and the most fluid vocal technique. Her portrayal could hardly have been improved: she presented Karolina as fully in command of her household.”

Pfund has appeared with opera companies across the continental United States including Sarasota Opera, Opera Omaha and the Chautauqua Opera company. She maintains an active concert career appearing with many venerable concert organizations including numerous concert productions at Avery Fisher Hall and Carnegie Hall.

Pfund began teaching at the University of Idaho in 2015 where she assists in opera productions.