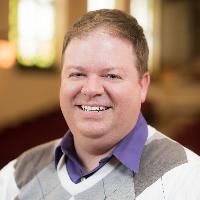 Sean Butterfield has been on faculty at the University of Idaho as a lecturer of trumpet since 2010. He is also principal trumpet with the Steamboat Symphony Orchestra, principal trumpet with the Idaho Bach Festival, second trumpet with the Oregon East Symphony, and is a founding member of the Northwest Brass — a brass quartet featuring faculty members from universities throughout the Northwest. Butterfield recently performed two pieces on the New Works Recital at the International Trumpet Guild Conference in May 2014.

In 2011, Butterfield graduated with a Doctor of the Musical Arts from the University of Colorado-Boulder. His dissertation, “Influences in American Orchestral Trumpet Playing,” was a survey of the teaching and musical styles of orchestral trumpeters. For one year, he had the pleasure of studying with almost every member of six major U.S. symphonies—New York, Boston, Philadelphia, Cleveland, Chicago, and Los Angeles. This project was awarded a $25,000 Devaney Dissertation Fellowship, an award given to one person per year across all fields of study. The document and a detailed description of the project can be found at http://butterfieldtrumpet.com.

Butterfield completed a Master of Music (2005) at Western Michigan University, where his teachers were Scott Thornburg and Steven Jones. Born and raised in the mountains of Colorado, he studied with Terry Sawchuk at the University of Colorado-Boulder and received a Bachelor of Music with highest honors (2003) with an emphasis in jazz. His primary mentors also include Eric Berlin and Christopher Still.

Butterfield is a Bach Trumpet Artist.

Currently, Butterfield lives in Moscow, Idaho with his wife, Miranda Wilson; his daughter, Eliana; and his miniature schnauzer, Cyril.