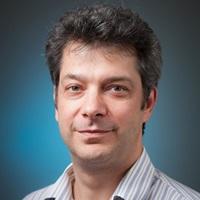 Terry Soule joined the University of Idaho as a faculty member in 2000 and is currently a full professor and serving as Chair of the Computer Science Department. He also is an adjunct faculty member in the Bioinformatics and Computational Biology (BCB) program. He is co-founder of UI's Polymorphic Games video game studio. He is the father of four of the greatest children ever.

Soule’s research focuses on the use of simulated evolution to evolve solutions to complex problems. Current projects include co-evolution of cooperative and competitive systems and incorporating evolving enemies in video games.