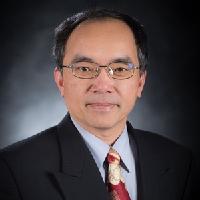 Co-investigator Network
Ching-An Peng started his academic career as an assistant professor at the University of Southern California in Chemical Engineering Department and later on promoted to associate professor with tenure. He then worked at the National Taiwan University as a full professor and at Michigan Technological University as the first holder of the James and Lorna Mack Endowed Chair in Bioengineering. In 2015, he joined the University of Idaho. Over the course of his academic career, Peng has been involved with research in drug/gene delivery using viral and nonviral vectors as well as ultrasonic device, developing phagocytosis-resistant perfluorocarbon-based oxygen carriers using PEGylated fluorosurfactant and CD47 ligand, photothermolysis of cancer cells using nanomaterials, and detection of antiviral agents using nanobiosensors. A few of Peng’s studies are summarized below.