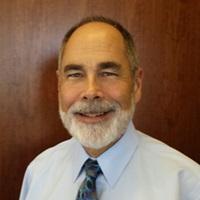 Judge Myers graduated from Idaho State University in 1976 and from the University of Idaho College of Law in 1980.  He served as a law clerk to Justice Joseph J. McFadden of the Idaho Supreme Court, and to U. S. Bankruptcy Judge Merlin S. Young.

From 1984 to 1998, Judge Myers had a diversified commercial litigation and bankruptcy law practice with a Boise, Idaho law firm representing creditors, debtors, trustees and others.  He is member of the American Bankruptcy Institute and the National Conference of Bankruptcy Judges, and a member and past-chairman of the Commercial Law and Bankruptcy Section of the Idaho State Bar.  Judge Myers has also served as an adjunct professor since 2010, co-teaching a bankruptcy course for the University of Idaho College of Law