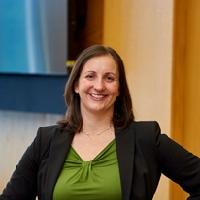 Close
Professor Jessica R. Gunder joined the law school faculty in 2017.  She received her B.A. in both Political Science and Sociology in 2003 from the University of Missouri, graduating with honors.  She then earned her J.D. in 2007 from the University of Missouri, where she was elected to membership in the Order of the Coif and Order of Barristers.

Following law school, Professor Gunder served as a judicial clerk for the Honorable E. Richard Webber with the U.S. District Court for the Eastern District of Missouri.  She then worked as a Trial Attorney with the Department of Justice's Consumer Protection Branch in Washington, DC, where her responsibilities included advancing both criminal prosecutions and civil litigation related to the protection of public health and safety.  Professor Gunder also worked as an Assistant United States Attorney at the U.S. Attorney's Office for the District of Idaho, where she served as the Civil Division's Affirmative Civil Enforcement Coordinator and Civil Rights Coordinator.