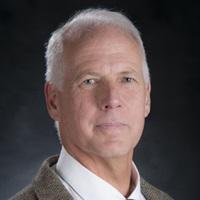 Duncan Palmatier has taught the Patent Law class during each Spring Term since 2008. The focus of his class is the legal ambiguity between the seemingly well defined laws regulating patentable machines and processes, on the one hand, and the difficulty applying those laws in the world of human beings, on the other. Recently, the subject has enjoyed attention from Congress and the President, who passed and signed into law the “America Invents Act” of 2011, the most significant revision since Thomas Jefferson wrote the original laws, as well as from the United States Supreme Court, which has handed down a series of major patent decisions during the past few years.

Duncan is a private lawyer whose practice is mostly patent litigation involving computer electronics, but also involves trademark litigation, as well as patent and trademark prosecution. Duncan has tried fourteen jury trials, of which three were patent infringement trials, including a recent victory for his clients, Defendants D-Link Systems and D-Link Corporation, in Fujitsu Ltd. v. Belkin, et al., U.S. District Court for the Northern District of California, Case No. 5:10-cv-03972-LHK (Koh, J.). He successfully argued a trademark appeal before the Idaho Supreme Court, which held that the claimed trade dress was insufficiently described and was also functional. Woodland Furniture, LLC v. Larsen, 142 Idaho 140, 124 P.3d 1016 (2005). He has also brought a number appeals to the United States Court of Appeals for the Federal Circuit. Prior to this work, Duncan worked for an Oakland-based civil rights law firm, Saperstein, Seligman, Mayeda & Larkin (now Goldstein, Borgen, Dardarian & Ho), representing women in federal sex discrimination claims, and prior to that he worked as a criminal defense lawyer for the Legal Aid Society in The Bronx, New York, representing accused felons during the mid-1980s crack epidemic.

Duncan is active in the University’s fencing club, tends a variety of old cars and motorcycles, and retreats to the Pacific coast to surf.