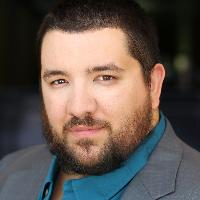 Todd Quick received his M.F.A. in Acting from Purdue University, and his B.A. in Theatre Performance from the State University of New York at Geneseo. In the summer months, Todd is a member of the acting faculty at the Interlochen Center for the Arts in Michigan.

Prior to his arrival at Idaho, Todd taught acting at IPFW in Fort Wayne, Indiana, and at Purdue University in West Lafayette, Indiana. At Purdue and IPFW, Todd taught studio courses in Acting for majors and non-majors, Shakespeare, and Voice and Speech. He also taught academic courses such as Oral Interpretation, Theatre Appreciation, and Theatre History. Additionally, he created a new course at Purdue on audition technique and the business of acting.

As an actor, Todd has been working professionally for over a decade. Professional credits include As You Like It, Henry V, and Richard II at the Shakespeare Theatre Company in Washington D.C.; Cymbeline, Amadeus, and Romeo and Juliet at the Shakespeare Theatre of New Jersey, as well as four seasons with its touring companies. In addition, seasons/tours with The Red House (NY), CNY Shakespeare (NY), Pax Amicus Theatre (NJ), Theatre at Monmouth (ME), WAM Theatre (MA), Shakesperience Productions (CT), and others. Todd also works as a freelance headshot photographer.

Todd is a proud member of the Actor’s Equity Association. Visit www.toddquick.com.