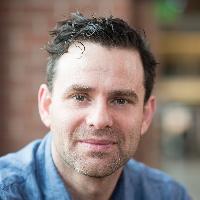 Ben James joined the University of Idaho in 2012.

He studied theatre and performance at the University of Warwick, regularly participating in productions at the Edinburgh Fringe and The Warwick Arts Centre as an actor, writer and director. After graduating, he ran a theatre company and a regular performance event for performers to receive feedback from their audiences.

In 2004, James studied film and TV production at the University of Bristol, his graduation movie earned him an award for best post-graduate short film from The Royal Television Society. Since then he has worked for the BBC, former chairman of BAFTA Simon Relph, Warp Films and as an independent producer and director of music videos, short and feature-length films including a production of Shakespeare's “Hamlet” in original pronunciation.