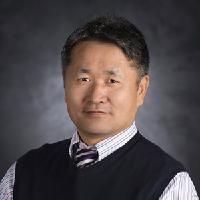 Co-investigator Network
Jae Hyeon Ryu's research areas focus on: sustainable water resources planning and management in Idaho and the west, including mitigation and adaptation strategies for climate change impacts, irrigated agriculture, and surface/groundwater interactions. Ryu received his doctorate in 2006 and a master's in 2001 in civil and environmental engineering from the University of Washington. Ryu earned an master's in 1998 and a bachelor's in 1996 in agricultural engineering from Konkuk University in Seoul, Korea. Prior to coming to the University of Idaho in 2010, he worked for three years at the National Drought Mitigation Center based in the School of Natural Resources at the University of Nebraska-Lincoln as a hydrologist and climate impact specialist. His potential research collaborators include the University of Idaho’s faculty across all academic areas and state/federal personnel located in Boise. He is currently affiliated with professional societies, including the American Geophysical Union, the American Water Resources Association, and the American Society of Civil Engineers.