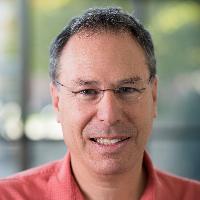 Scott Slovic moved to the University of Idaho in 2012 after teaching for 17 years at the University of Nevada, Reno, where he helped to create the prominent graduate program in literature and environment and develop the Academy for the Environment and the undergraduate environmental studies program. He has published more than 300 articles, interviews, and reviews and is the author, editor, or co-editor of 27 books, including "Going Away to Think: Engagement, Retreat, and Ecocritical Responsibility" (2008), "Nature and the Environment" for EBSCO/Salem Press’s Critical Insights Series (2012), a second edition of the textbook "Literature and the Environment" (2013), and "Ecoambiguity, Community, and Development: Toward a Politicized Ecocriticism" (2014). His latest books include "Ecocriticism of the Global South," "Currents of the Universal Being: Explorations of the Literature of Energy," "Numbers and Nerves: Information, Emotion, and Meaning in a World of Data," "Ecocritical Aesthetics: Language, Beauty, and the Environment," and "The Routledge Handbook of Ecocriticism and Environmental Communication," among others.

Scott served as the founding president of the Association for the Study of Literature and Environment (ASLE) from 1992 to 1995, and since 1995 he has edited the journal ISLE: Interdisciplinary Studies in Literature and Environment. He is also the co-editor of two book series: Routledge Studies in World Literatures and the Environment and Routledge Environmental Humanities. He currently serves on the editorial board of fifteen scholarly journals and two book series in the United States and abroad, and he has been a Fulbright National Screening Committee member for the Institute of International Education (IIE) and a panelist in American studies and American literature for the National Endowment for the Humanities (NEH) and the American Council of Learned Societies (ACLS). He has been a Fulbright Scholar in Germany (University of Bonn, 1986-87), Japan (University of Tokyo, Sophia University, and Rikkyo University, 1993-94), and China (Guangdong University of Foreign Studies, 2006) and has been a visiting professor at many universities around the world.

collection or series editor for