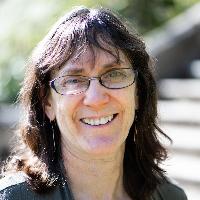 Ellen E. Kittell is a professor of history at the University of Idaho. She studied at the University of Illinois where she met and debated history with a particularly talented group of graduate students and in 1983 she received her Ph.D. Initially interested in the dynamics undergirding the evolution of bureaucracy, particularly in medieval Flanders, she was startled to find a number of women listed in administrative positions of the count of Flanders. Curious, she has been investigating women in medieval Flanders ever since.

Among her publications on this subject are "Guardianship over Women in Medieval Flanders" and "Whether man or woman: Gender Inclusivity in the Town Ordinances of Medieval Douai." She is currently mining financial and judicial accounts for information on how medieval Flemish women identified themselves.